25 Years of INVENT
Back 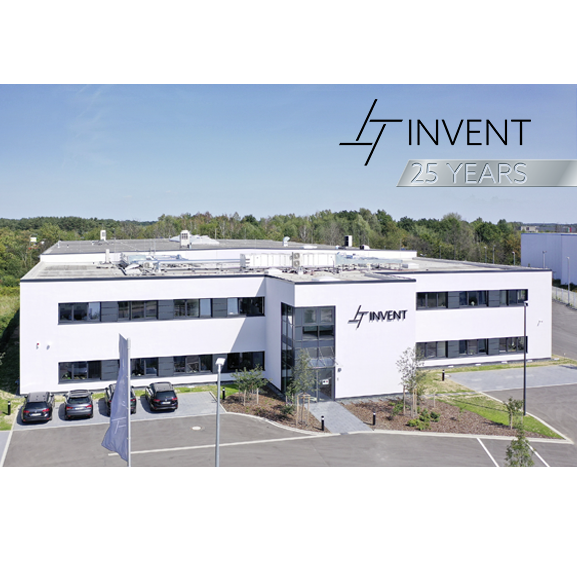 The Braunschweig aerospace SME started its work in 1996 – today the company employs around 90 employees and is continuing to grow. Connected and rooted in the Braunschweig research region, INVENT GmbH operates across European borders and into the Asian market.

The name is still the programme 25 years after its foundation: INVENT stands for “Innovative Verbundwerkstoffe, Realisation & Vermarktung neuer Technologien” (in English: Innovative composites, realisation & marketing of new technologies) – and the name INVENT transports the spirit of what the company does. “We have been working in composite lightweight design for a quarter of a century, a topic that originally played a major role primarily in aerospace, but now increasingly in other high-tech areas as well,” explains Henning Wichmann. This is because weight savings bring economic advantages in aerospace, but also in other industries. The lighter a satellite or an aircraft is, the less fuel and energy is needed. At the same time, the materials in these industries must be extremely resilient. Materials must fulfil very high thermal, mechanical, electrical and radiation-protection requirements.

On 14th June 1996, INVENT GmbH was founded in the centre of Braunschweig. The first company headquarters: a two-storey residential building in the “Abelnkarre” with 160 square metres of space, three partners and two employees. “We were diagonally opposite the tax office, which is not nice as an entrepreneur. And my office was in the original bedroom of the house,” Managing Director Henning Wichmann recalls the first years of the company jokingly. The initial circumstances have not kept the now 52-year-old from working hard: Twenty-five years later, the small think tank that started out as a spin-off of the Institute of Lightweight Design and Adaptronics of the German Aerospace Center (DLR) in Braunschweig with 25,000 DM in start-up capital has become a medium-sized company with around 90 employees that is firmly integrated into international aerospace projects: “I would never have dared to dream of this development in 1996, but I am pleased and also a little proud of what we have achieved in the last quarter of a century,” says Wichmann on the occasion of INVENT GmbH’s 25th birthday. Together with Carsten Schöppinger, the Braunschweig native has built up and developed INVENT from the very first minute. A lucky coincidence led the two graduate engineers first to the University of Applied Sciences in Wolfenbüttel in the mid-1990s, where they made the acquaintance of Prof. Holger Hanselka. At the DLR in Braunschweig, they met the other founders and first partners of INVENT: Prof. Elmar Breitbach and Prof. Axel Herrmann. The professors first looked for student assistants and then, in 1996, two managing directors with commercial and technical experience for their planned DLR spin-off. 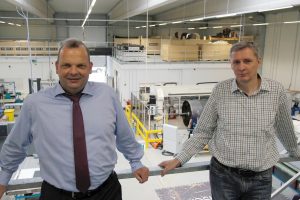 Schöppinger and Wichmann were immediately on board and enthusiastic about the idea of bringing innovative fibre composites from research to the market in series production. “We were, and still are, closely connected with the DLR through cooperation agreements. But the goal of INVENT then, as now, was to create an outlet into the market for lightweight construction and also to mass-produce products. This is not possible on a larger scale in a research centre that focuses on research and teaching,” says Henning Wichmann, describing the background. Wichmann and Schöppinger are still at the helm of INVENT – Wichmann as CEO and Schöppinger as CTO. Together they are also the main shareholders of the Braunschweig SME, 30 per cent of the company belongs to an employee GbR, and there are also other smaller shareholders.

“We received our first series order from the then aircraft manufacturer Dornier in 1997. We quickly realised that we needed our own production facility in the medium term, and we started with the corresponding plans in 2000. In 2002, we moved to our first location in the Braunschweig industrial area,” Schöppinger reports. In 2006, the company applied for a contract with the aviation company Airbus – with success. INVENT GmbH manufactured and still manufactures structures for the A380 as well as the A320 and A330. “In 2008, we were able to manufacture and deliver the products for Airbus, but not to rework them, not to paint them, not to test them. That’s why we have successively expanded the value chain in-house and can now offer our customers much more from a single source in-house with know-how and extensive plant technology from the initial idea to series production,” adds Wichmann. Thus, a wide range of competences is now part of the portfolio. The first major space projects followed in 2010. Today, the space division accounts for 65 per cent of turnover. The current highlight was the contract for the production of lightweight components for four earth observation satellites from the European Copernicus programme: “That was a huge success for us and shows that we are on the right track with our commitment and know-how and that we have built up and expanded a lot of experience and reliability over the past 10 years, not only in our traditional field of aeronautics, but also in space travel.” 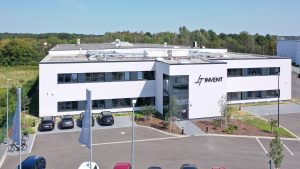 Today, INVENT GmbH is based on the three business areas of aviation, space travel and industry for orders from other sectors, for example rail, automotive or wind energy. In addition, there is a research and development unit that works for all areas and, for example, also acquires projects from public tenders throughout Germany or Europe. “All this time, we were not so much concerned with maximum profits, but rather with moderate and stable growth,” says Wichmann. His vision for the next few years as well: “I would like to see continued healthy growth as well as the ability and the means to successfully place new products, e.g. radiators or CFRP tanks, on the market, i.e. to continue to do our homework and deal with our customers and suppliers properly.” A major challenge is the digitalisation of the company’s processes, the implementation of which is in full swing. In addition, following the recent move within the Braunschweig industrial estate two years ago, at least one more building is to be constructed in the immediate vicinity with an expansion of production and office space. The market has become bigger. INVENT would also like to expand contacts in the growing space-travel start-up scene: “Elon Musk is showing us the way in the USA. If we succeed in establishing innovative products in new and existing markets, we will have 20 to 30 more employees in ten years.”

As a recognized lightweight specialist for innovative fibre composite technologies in the aerospace, mechanical engineering, automotive, rail vehicle and shipbuilding sectors, INVENT GmbH in Braunschweig has been developing and producing high-precision structural components since 1996 as an EN 9100 and Nadcap certified company, from the initial idea to series production. Our own designers and constructors work very closely with a wide range of manufacturing specialists. In this way, we offer our customers a complete package from a single source with a view to design, production planning, manufacturing processes, mechanical processing, joining and assembly as well as painting and quality control.

21 July, 2022
Yesterday INVENT put the photovoltaic system into operation. The aim is to generate around 250,000 kWh per year with the system. This corresponds to about one t... read more ›

INVENT is a competence partner in the futureTEX consortium